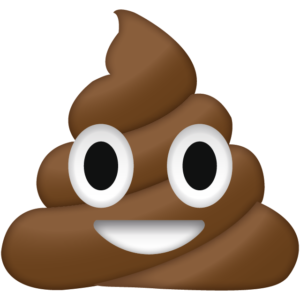 Join Bryan and Steve as they discuss histoplasmosis. In addition, Bryan shares a story that serves as a reminder – when it comes to customer service, it’s the little things that make a big difference.

Histoplasmosis is an infection caused by a fungus called Histoplasma.

I used to think, bats were carriers of histoplasmosis. I thought, you’d have some that were infected, it passed through their bodies, and the droppings had the fungus.

That’s not it at all. The fungus lives in the our natural environment. Spores just float around until they land somewhere. If they just so happen to land in an a soil that has high nitrogen levels, they will reproduce really, really well. Remember, spores have asexual reproduction. They don’t need male and female spores. No, one spore, in a soil with high nitrogen levels and boom. It’s going to reproduce. Guess what is high in nitrogen? Bird and bat droppings.

Some type of disruption occurs – cleaning , digging, demolition. All these spores are kicked up into the atmosphere. They get into our lungs, histoplasmosis occurs. And some people get sicker than others.

IF you’re anything like me, you’re like: Nah, I’ve got a pretty strong immune system. The CDC says most people are not harmed. Few people die from it.

You know who USED to say that? An former New England Patriot offensive lineman named Matt Light. One of his hobbies is reclaiming old barns. He was on Willie Robertson’s Podcast talking about his bout with histoplasmosis.

Wear your respirator. I don’t like wearing it either, especially in a hot attic

In our line of work, we’re warned about bat droppings and I guess pigeon droppings should be of concern. Do you know an even more common area to find histoplasma according to the CDC? Chicken coops.

#105 Anna Marie of Bug Mafia and A WDIR Gone Wrong