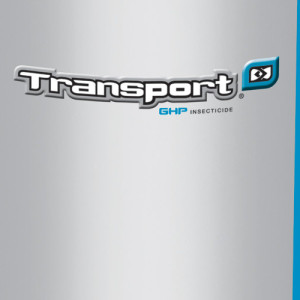 Back in January of 2014, there was a bed bug study conducted by the University of Kentucky.

They took 10 strains of bed bugs from across the nation and exposed them to dry residues of Temprid SC and Transport GHP.

The first time I read the article, I thought the study was a product face-off, a which one is better type article.  But after reading the study several times, I’ve realized the researchers had something else in mind.

The wanted to achieve an 80% mortality rate. They wanted some bed bugs to survive. To ensure this would happen, they had to limit the time the bed bugs were exposed to the products.  The real goal was to monitor the mortality rate of each strain’s offspring.

So they did the study and Temprid didn’t do so well.  After a full day of exposure, Temprid had 2 strains with high mortality, 2 with intermediate, 2 with less than 5% mortality, and 4 strains with 0% mortality.  There was even one strain with no mortality after 14 days of exposure.

On the flip side, Transport GHP had 3 strains with high mortality, 5 with intermediate, and 2 with no mortality what so ever.  So Transport controlled 8 strains fairly well opposed to 4 strains for Temprid.

At the time, I was using Temprid- with good results mind you.  But when I read that article, I said to myself, “Forget it, I’m switching to Transport”.   I did switch, and I have to say, I’ve been happy with the results.  And as an added bonus, it’s less expensive than Temprid.

But what I didn’t know until I recently asked a Bayer representative about the research, was that the study was supposedly re-done using a higher AI% for Temprid (the original percentage they used was 0.075% a.i.). When they increased the percentage, the results proved to be much better. That makes perfect sense, because several PCOs that do a lot of bed bug work swear by Temprid.

Remember when I said they wanted to monitor the mortality rate of each strain’s offspring?

When they exposed those next generations to the dry residuals of the products, the mortality rates went way down.  What’s more troubling, is that the research showed indications of cross resistance. You take a strain of bed bugs that showed resistance to Temprid, expose it to Transport and that strain will show resistance to Transport as well.

I’ve done bed bug control for a while, and I consider myself well skilled in the process. Through my years of experience, I’ve been able to reduce treatment times and product costs significantly. Instead of vacuuming, I often use tape or a lint roller. I rarely use IGRs. I get great results, even while skipping some of the traditional steps.

Because I’ve been able to reduce treatment times and product costs, bed bugs have become my company’s second most lucrative pest (behind only termites).

What this study tells me is that maybe the good times are coming to an end. There may soon come a day when I might need to go back to the vacuuming, the steam and the growth regulators. I guess time will tell.

Hopefully, in the near future, we can get Dr. Potter or one of the other researchers on the podcast and perhaps they can chime in on this and give us a little more insight on the article.

Thanks for listening.  If you have questions, comments, suggestions, give me a tweet on Twitter @stevejacksonus that’s @stevejacksonus. Take care y’all.