There’s no other way to follow up an instant classic (Episode 50) then to record another classic. James Molluso is our most downloaded guest of all time and delivers another great interview. In the process, he shows off some pretty impressive detective skills.

They say “There are eight million stories in a naked city”, well James shares two of the craziest tales we’ve heard in a while. Check him out on our latest edition of the Arthropodcast Show.

James Molluso (Guest) – James is VP of Northeastern Exterminating (bedbugs-Brooklyn.com) which is a now a second generation pest control company located in NYC. James is (unofficially) a PCO from birth due to him being raised around pest control. On the books,however, he has been a licensed PCO for 10 years. Born and raised in the wonderful borough of Brooklyn, NYC, James enjoys a good bed bug treatment, mafia movies, and a long hike in the mountains to get away from busy city life. James makes it his job to provide quality and affordable pest control to all of NYCs residents. As a second generation PCO he loves the life of pest control.

Scott opens the show with something that frustrates him in our industry. Scott and Bryan talk about losing a customer to another company but only to gain them back because their service was better. Bryan brings up having GPS tracking devices on your work trucks. Bryan shares a story about a bad bed bug job… 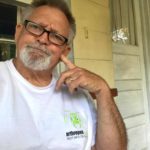 Bryan and Scott start the new year with one of their favorite and greatest guest The Great Daniel Dye. Scott talks about his COVID-19 positive test. He has lost his taste and smell which sucks. Bryan picks Daniel’s brain about a bed bug issue with one of his accounts. Daniel tells us about the article… 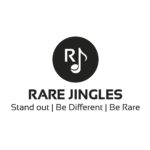 Bryan and Scott interview Rob Hardin of Rare Jingles. He has been in the pest industry for about 8 years. No Bugs in My Crib was his first Pest Jingle and then a passion was formed and so was Rare Jingles. He started his own company this year called NC Wildlife Experts. Check out this…

The guys are back with another super awesome show. Bryan tells us about the day he wrangled a snake out of a customers house. Scott shares his brush with COVID-19. The guys share some stories about hard pest to take care of. Scott is dealing with a pesky apt complex.

While a large part of my time is consumed killing bugs, catching rodents and excluding bats, I'm also a husband and father of two. In my off time, I enjoy watching college football, UFC fights and movies.

You can check out my blog at KnowBats.