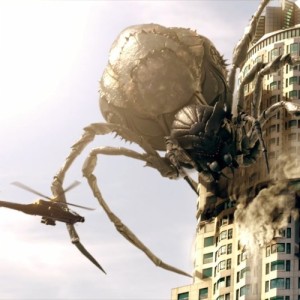 On episode 8 of the Arthropodcast, I review a movie and talk about a recent mosquito experiment by the London School of Hygiene & Tropical Medicine.  If you have question, comments, suggestion, or would like to be featured on the Arthropodcast, send me a message on Arthropodalley.com or shoot me a tweet on Twitter – @stevejacksonus.

Hello and welcome to your pest info on the go, Arthropodcast episode 8. I am your over-caffeinated, slightly dehydrated host Steve Jackson.

April was a good month for me. The business did well, this podcast grew in number of listeners and downloads.

I don’t know about where you’re from, but it’s been a fairly mild Spring. I live in Georgia, and usually the beginning of May we’re dealing with 90 degree temperatures. This 70 degree stuff is very welcome as far as I’m concerned.

But to kick off this episode, I wanted to play a clip for you. Tell me if you can relate to this:

And from there it goes to a hospital scene.

It you didn’t recognize the clip I played for you, it’s from a “B” movie called “Big Ass Spider”. You can probably guess by the title, it’s about mutant arachnid that grows into a humongous monster Spider that threatens to take over a city and quite possibly the world.

You heard the main character in that audio clip. He’s an exterminator that chases this spider throughout the movie until a final showdown at the end.

All things considered, it wasn’t too bad of a movie, looked pretty well produced especially considering it’s budget. You could argue the plot was predictable, but the same could be said for 95% of all films.

Is it family friendly? I don’t know, it’s PG-13 but on the tamer end, the language isn’t nearly as bad as Transformers for example. But spiders do bring out different emotions in different people. It’s a judgement call. But if you find yourself with some time to kill, it’s currently streaming on Netflix.

Let’s talk about something informative. I want to thank Brian Reynolds of Reynolds Pest Management for bringing this to my attention.

Researchers from the London School of Hygiene & Tropical Medicine published a study in the Public Library of Science, this past week. They found evidence that the reason mosquitoes are attracted to some people more than others is a genetic component.

There was an earlier experiment that suggested mosquitoes are attracted by body odor, so they wanted to drill down to see if there was more to the story.

So the researchers got 37 sets of twins. 18 pairs of identical twins (who would share the same genes), and 19 sets of “fraternal” female twins (twins that share only 50 percent of their genes).

So they made these Y-shaped tubes, and one one side, you had a set of twins – each with one hand stuck in the tube. And on the other end, they released some hungry Aedes aegypti mosquitoes. Those are the nasty ones that known to carry diseases.

So the mosquitoes would travel from their side of the tube until they came into a fork in the road and they’d have to decide which way to go. And whichever way they chose, the researchers would keep a tally.

What they found was with the identical twins, the split was about 50/50. The mosquitoes were attracted equally. There was no real preference.

But with the fraternal twins, mosquitoes showed a marked preference for one over the other. So that seems to indicate the difference in genes impacts the level of attractiveness.

I always assumed it had something to do with lotions, perfumes, soaps, deodorant, diet perhaps. This study suggests otherwise.

Thanks for listening, If you have question, comments, suggestion, or would like to be featured on the Arthropodcast, send me a message on Arthropodalley.com or shoot me a tweet on Twitter, that’s @stevejacksonus.

#7 Urban Coyotes and What Smokers and Bees Have In Common

#9 The Change of Plans That Worked Out Well