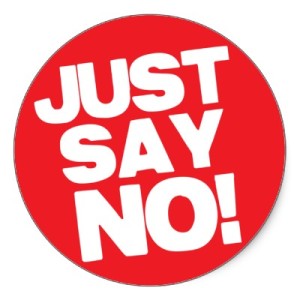 Studies in 1948 and 1995 were conducted to determine the effect drugs would have on a spider’s ability to spin webs when exposed to these said drugs.  Did I mention one of these studies was conducted by NASA?

There was a zoologist by the name of H.M. Peters who studied spiders.

For months, Peters fruitlessly tried to capture the garden spiders web-building process on film. But back then, film was expensive and cameras were much more primitive than they are today. They didn’t have automatic time settings, where you could program the camera to start on it’s own. They didn’t have motion detectors, so Peters was forced just sit there and wait for the web spinning process to start.

But garden spiders typically build their webs between 2-5AM, so he’d often fall asleep and miss the process. So after one really frustrating night, he turned to someone he shared research space with, a pharmacologist named Peter N Witt. Witt spent much of his time researching the effects of various drugs on humans, but Peters wanted Witt to find a way to drug the spiders to shift the web spinning process to more reasonable hours, in hope he could get them to spin their webs in the daytime.

So Witt agreed to give it a try, but (at least from what I can see) it’s pretty clear he has faced with at least three issues.
Which drug (if any), would cause a spider to spin webs in the daytime.
How would you get drugs in a spider’s body.
What dosage would you give the spider.

Witt really had no idea what drug to use, so he just experimented with several drugs, including amphetamine, caffeine, marijuana, LSD. So it was pretty much, trial and error.

How would you get drugs in a spider’s body?
At first, The drugs were administered by dissolving them in sugar water, and a drop of solution was touched to the spider’s mouth. That method probably made it difficult to measure the dosage of the drug the spider consumed. In some later studies, spiders were fed with drugged flies, and I’m no expert on this topic, but I assume that method was also difficult to measure the dosage. So eventually, he settled on a very fine syringe.

And for the dosage?
Well, just like which drug to use, dosage was pretty much trial and error. So he experimented with several different dosages for each drug.

Just to make sure he was comparing apples to apples, he used the same spider for each before and after. He take pictures of a spider’s web fully sober, then expose that same spider to one of the drugs, and take a picture of the web after exposure.

So for the bad news first:

Unfortunately for the zoologist H.M. Peters, it was discovered that the drugs had no impact on the time when the spiders spun their webs,

But drugs did, however, change the size and shape of the web. And depending on the drug administered, the differences were substantial.

Benzedrine (Ben-zed-reem)caused the spiders to spin in a zig-zagged fashion and they lacked the ability to locate precise spots within the web.

Marijuana made the insects omit the inner part of the web altogether.

And Scopolamine (Sko-polla-meen), which has a hallucinogenic effects in humans, destroyed the spiders’ sense of direction altogether.

Only one drug showed to be an exception to this: spiders administered small doses of LSD actually constructed “more orderly” webs. But that was just for small doses, when higher doses were administered, the webs were jacked up just as badly as when the spiders were high off the other drugs.

Now this is the best part of the story, In 1995, NASA decided to entirely recreate Witt’s experiments using many of the same drugs and pretty much the same garden spiders. But NASA took it a step further by using computers to measure the levels of toxicity.

And even with the expensive toys and greater accuracy, the NASA results were similar to Witt’s.

I’d be really curious to see if spiders could grow addicted to some of these drugs. Maybe do a study to see if they would prefer an insect dosed in a drug over a regular insect with no drugs.

I’d also like to know if each species would prefer one drug over another, or if it’s more of an individual preference.

Our tax dollars at work.

Thanks for listening, if you have any question, comments, suggestions, or would like to be featured on the arthropodcast, send me a tweet on Twitter @stevejacksonus or send me a voicemail through the website ArthropodAlley.com, that’s ArthropodAlley.com

#9 The Change of Plans That Worked Out Well