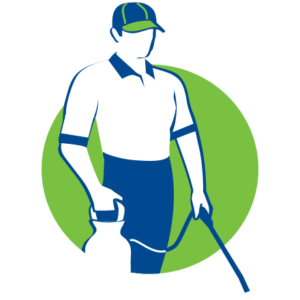 This episode, the guys talk about tiny spiders with big brains, they discuss a study that makes a case for pest control, and Bryan shares a recent bed bug story.

Something I didn’t know about spiders. This clip is from the Podcast “Every Little Thing” hosted by Flora Litchman and with special guest Prashanth V. In the clip I’m about to play, there is another clip from Dr Todd Blackledge who is a professor at The University of Akron. He would be the expert in the audio. This is from the episode, “Who Killed Cargo Shorts?”

So there are tiny spiders, some as small as half of a millimeter wide that can spin impressive webs. A spider that size should not have a brain large enough to do that type of thing, that is, if the brain were in the head alone. You wouldn’t think they’d have a spindle big enough to do much of anything either.

This sent me down a rabbit hole, because I thought… maybe this is why you can walk across a room, catch some spider silk in the face, go looking all over the room and not find a spider. Maybe the spider is smaller than I expected.

But that’s not the case. If you can’t find a spider, can’t find webs, you’re probably dealing with one of the most common household spiders we see in North America. The jumping spider. And what caught you in the face was probably a dragline. They don’t spin webs, but they do use draglines – a lot. Draglines help with balance or control when jumping.

A case for Pest Control

Matthew Bertone, an entomologist at North Carolina State University and his colleagues were interested in getting a handle on total arthropod biodiversity in our homes.

“Basically, no one’s ever looked at what’s living around us,” says Matthew. “We explore these far-off jungles and deserts and whatnot, but people don’t focus as much on what’s in homes because they think it’s uninteresting or sterile.”

From a group of 400 volunteer homeowners, Matthew and his team selected 50 homes for his study. They wanted a good representation of dwelling types in the area, from new to old and small to large.

They had a boatload of entomology graduate students help the researchers comb through each room in every home.

They searched from the floor to the ceiling, collecting a sample of every type of arthropod they came across. The only places they didn’t search were drawers, cupboards or behind heavy furniture. So glue boards were not used in this study.

“So our estimates are probably lower than the actual diversity in homes, since there could be things hiding behind bookcases and walls,” Bertone says. I disagree

Out of about 550 rooms, only five—four bathrooms and a bedroom—were completely free from arthropods. Both the researchers and the homeowners were caught off guard.

“Homeowners were extremely surprised, and some were appalled,” Bertone says. “But basically, that surprise goes to show that arthropods really don’t bother you.”

“One message that we want to get across is that most things that are alive in our homes are fairly benign.

The researchers have a few follow-up studies either planned or in the works. They’d like to figure out whether there are any correlations between the house, its owners’ habits and arthropod diversity. For example, will a large house in a new suburb with owners that keep the air conditioner running contain the same abundance of species as a smaller one in an older development where the owners prefer to leave the windows open?

For most of us, we’d like to answer these questions for them. In the field we see these sorts of things all the time, but science moves slow. It’s hard to prove something as a fact. The data might suggest something, but it’s nearly impossible for the community to agree on a conclusion.

Here’s what they pulled out of the homes:

But I wouldn’t put too much stock in the actual percentages, because they only visited each home once. May – October

But the takeaway isn’t 44% of homes have house flies. The message is arthropods are all over our homes.

I’d be interested to know the difference between homes with pest control service and without. What type of reduction we see in total numbers.