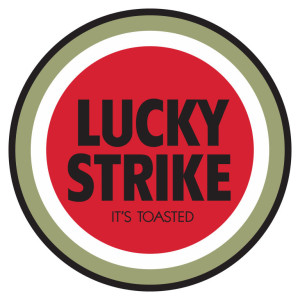 On episode seven of Arthropodcast, I talk about age limitations, urban coyotes, and what smokers and bumblebees have in common.

If you have any question, comments, or suggestions leave a voice message on ArthropodAlley.com

Hello and welcome to your pest info on the go, Arthropodcast Episode 7.  I’m your sun-battered and rather lethargic host Steve Jackson.  It’s been busy week.  It’s the tail end of swarm season, it’s getting hotter, so the Bedbugs calls are increasing, and of course the end of the month is quickly approaching, so I’m trying to finish up a route.  I’m a single operator, so the beginning of the month was very termite focused, but as long as the weather cooperates, I should be able to service my remaining customers with no problem.

It was a pretty heavy swarm season, so I got a lot of exercise.  Almost 4 years ago, I turned 40 and just about every time i do a termite job and have to start trenching a house, I say to myself “man, I’m getting too old for this”.

But I really don’t have that excuse anymore.  Last week, I heard about this amazing feat that happened about a year and a half ago. We had the very first person in recorded history swim from Cuba to the Florida Keys without a shark cage.  It took them 53 hours. So for 53 hours, this person was getting baked by the sun, getting stung by jellyfish, tongue swollen to the point, this person couldn’t even talk.  You really need to Google the story just to see how bloated and sunburned and blistered this person was when they finally came out of the water.

I complain about 20 minutes of trenching while this lady is out setting endurance records at the age of 64.

Along the same theme of old news I’m just hearing about – Chicago has an estimated 2000 coyotes living in the downtown area. they’re not aggressive towards humans, in fact, they’re nocturnal.  Most of the public doesn’t even see them. They haven’t been hunting dogs or cats, so for the most part, the general public doesn’t view them as a nuisance.  If anything, it appears as if the coyotes are reducing the city’s rat population.

The back story to his is that there’s been a steady growth in the Coyote population around the outlying Chicago suburbs, the younger ones were forced into the downtown area as a means of survival. and since rats and garbage are plentiful, well, they have all the food they need.

Interestingly enough, as of the day this recording, New York police chased a Coyote through traffic and sidewalks for two hours.  So it will be interesting to see how things are going to unfold in the next few years with these urban coyotes.

Let’s move on to an actual NEW study.

The results of an experiment performed by Newcastle University were released last week.  They wanted to know if bees could taste and therefore avoid neonicotinoid pesticides. Now, if you’re not aware, neonicotinoids are structured very similar to nicotine.  Nicotine is a natural plant toxin, that can be used as a pesticide.

So when asked why bees might prefer pesticide laced nectar, the assumption is that since neonicotinoids are structured similar to nicotine, when the bees are exposed to it, they most likely get a nicotine buzz similar to what smokers experience.

So maybe we’re a step closer in solving the Colony Collapse Disorder dilemma, but it’s my understanding that this experiment was performed with bumblebees and a few other solitary bees.  They could not replicate the findings with honeybees.

But let me know what you think.  If you have any question, comments, or would like to be featured on the Arthropodcast, message me on Twitter @Stevejacksonus, or send me a voice message on ArthropodAlley.com that’s ArthropodAlley.com.  Take care y’all.

#6 Three Freebies That Made Me A Better PCO

#8 Mosquitoes, Genetics, and a Big A$$ Spider